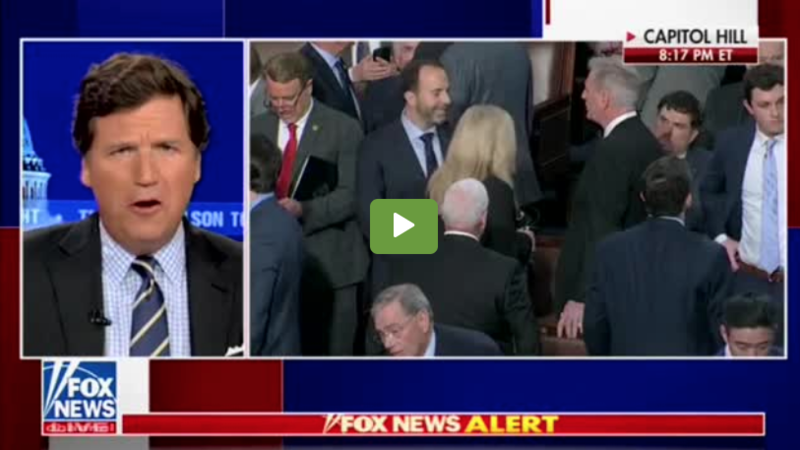 What did Crenshaw say?

Crenshaw has described the faction of Republicans blocking McCarthy as "enemies," claiming they are choosing "notoriety over principle."

On Wednesday, Crenshaw elevated his rhetoric. He accused his fellow Republicans of engaging in "terrorism tactics" and declared that Republicans "cannot let the terrorists win."

Crenshaw's accusations came as Republican infighting has effectively rendered the House of Representatives useless. The legislative body cannot begin operations until a new speaker is chosen, and unless McCarthy bows out of the race or makes concessions, it may be many more days until the impasse is resolved.

Tucker Carlson by N/A is licensed under Rumble Screenshot Rumble