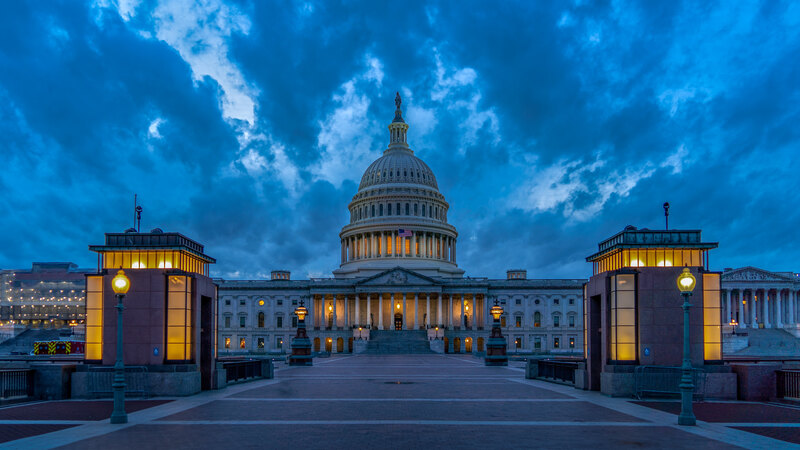 After six rounds of voting and Republicans still unable to pick a Speaker, the sentiment in Congress seemed to be with Democratic Congresswoman Sara Jacobs.

She tweeted a photo of herself holding a baby and said: 'Today, it feels like toddlers are running the House'.

It has been almost 48 hours since Kevin McCarthy was first nominated by his party, yet rebels in his party known as the 'Taliban 20' have ensured that the Speaker chair is still empty in farcical scenes that President Joe Biden has said are an 'embarrassment' on the world stage.

Members of the GOP got into arguments on the floor of the House and Rep. Kat Cammack accused Democrats of drinking during votes as the party struggled to figure out a solution to the stalemate.

McCarthy has failed to secure the 218 votes needed to officially take the gavel from Nancy Pelosi in each of the six rounds that have been dominated by infighting and disarray.