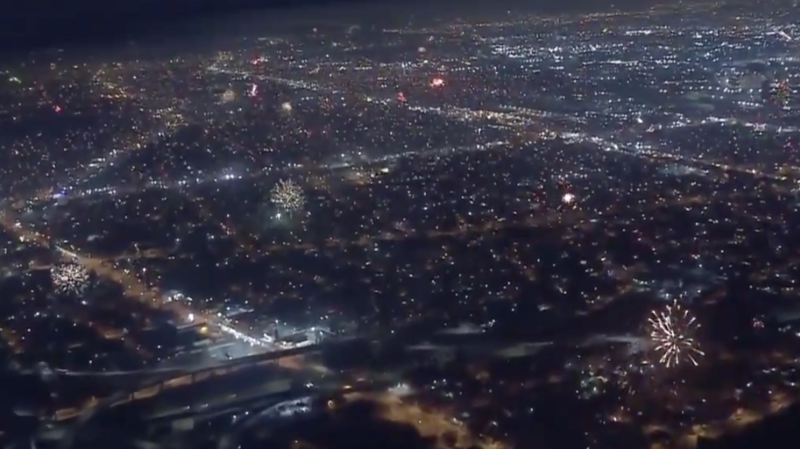 N/A by N/A is licensed under N/A N/A
Freedom-loving Americans in Los Angeles County ignored state and municipal government fireworks bans and put on a magnificent Fourth of July show, as seen in aerial footage.

The video: Local news station KTLA broadcast a live drone video of thousands of private fireworks exploding in the skies of Los Angeles on Saturday night and early Sunday morning.

Sky5 got a look at fireworks lighting up the skies for Fourth of July pic.twitter.com/nkFNUh4N8O

Too much freedom?: The particulate from the fireworks rendered the air hazardous in parts of Los Angeles County and Orange County on Sunday afternoon, according to the South Coast Air Quality Management District. Los Angeles Mayor Eric Garcetti at a press conference on Wednesday forcefully echoed a June 29 county order that prohibited fireworks displays in the name of stemming renewed spread of the novel coronavirus.  At a press conference on Thursday, California Gov. Gavin Newsom also said local governments should cancel their fireworks displays amid the pandemic.

Many California municipalities altered their planned Independence Day celebrations to accommodate the state and local restrictions.
N/A by N/A is licensed under N/A N/A