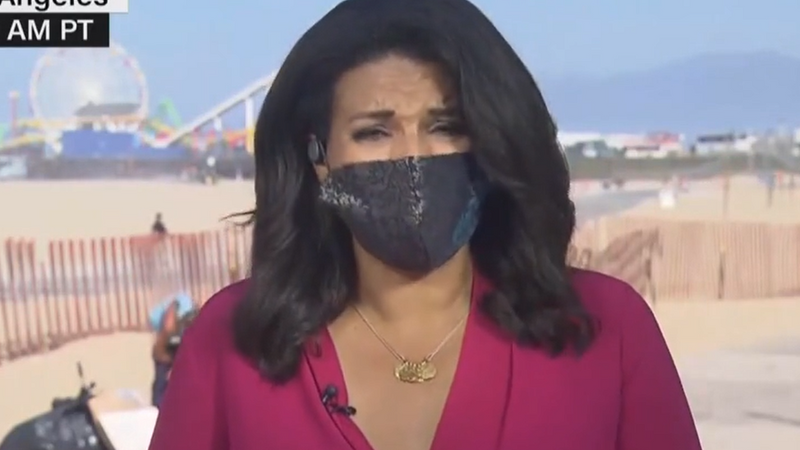 N/A by N/A is licensed under N/A N/A
CNN viewers were left stunned after a person, who appeared to be a homeless woman, wandered into a live CNN broadcast from Santa Monica, California, on Monday morning.

The video: As correspondent Sara Snider was reporting on a surge in coronavirus cases and hospitalizations in the state and nationwide, the unidentified woman stopped in the background. The reactions: A number of Americans watching "CNN Newsroom" at home expressed shock and horror on social media.

I couldn't believe this is real... but it is. pic.twitter.com/hpe1J0gAeU

While U.S. statistics have shown a longterm downward trend in homelessness, Los Angeles, San Francisco and other cities in California and on the West Coast have struggled with vagrancy ― and the attendant toll of human waste.