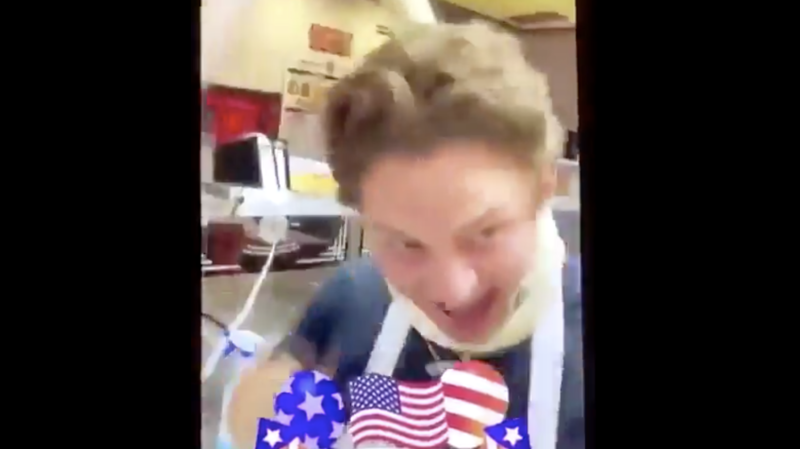 N/A by N/A is licensed under N/A N/A
Jimmy John's announced on Monday the firing of all employees involved in a now-viral video that appeared to show workers staging a mock hanging with a noose made of dough.

In the clip, which was taken at one of the sandwich franchise’s locations in Woodstock, Georgia, a young man in an apron and Jimmy John's T-shirt puts the noose around his neck as three of his apparent coworkers carry out the faux execution.  The reaction: The employees, at least three of whom appeared to be white, made no discernable reference to race in the video — but a number of Twitter activists and news outlets asserted they were being racist.

Employees at Jimmy Johns made a noose out of bread dough to mock the lynching of Black Americans.

A subtle reminder that the founder of Jimmy Johns, Jimmy John Liautaud, is a huge Trump supporter. pic.twitter.com/naLZivxXwT

Jimmy Johns replied to several of the videos circulating on Twitter to say that all four unidentified employees involved in the incident had been "quickly investigated" and “terminated” by the franchise ownership for their "unacceptable" behavior.

Who's getting canceled: Amid an ongoing campaign to purge racism from American culture, several dozen people, from unknown workers to industry leaders, have in recent weeks lost their jobs over allegations of racism that have in some cases been highly dubious.
N/A by N/A is licensed under N/A N/A