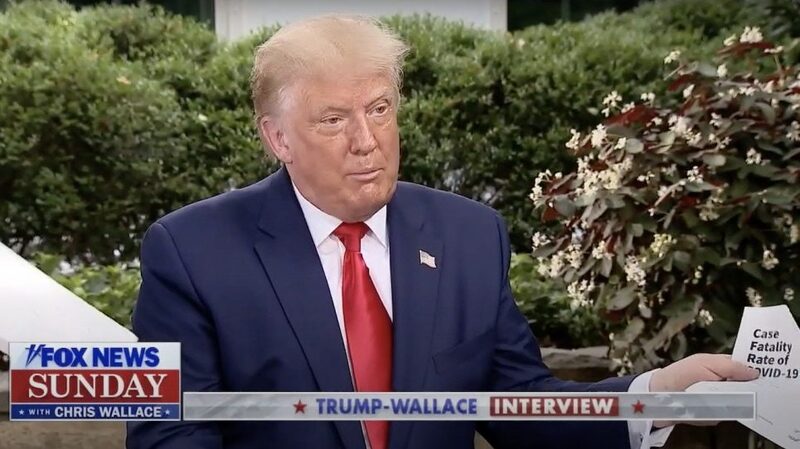 In one of the most talked about moments of Donald Trump's interview on "Fox News Sunday," the president called for a chart to dispute anchor Chris Wallace's claim that the United States has the seventh highest COVID-19 mortality rate in the world.

The moment: Trump asked White House Press Secretary Kayleigh McEnany to provide the data after saying he'd heard the U.S. mortality rate was among the lowest in the world.

The discrepancy: Fox News cut away from the sit-down interview, filmed at the White House, and Wallace explained in a voiceover that he and the president were citing figures from different sources.

Zoom out: Mainstream media outlets correctly noted Trump's claim that the United States has the "best" mortality rate in the world was inaccurate.

Later in the interview, Wallace confronted Trump over his criticism of how the anchor has covered the 45th presidency.