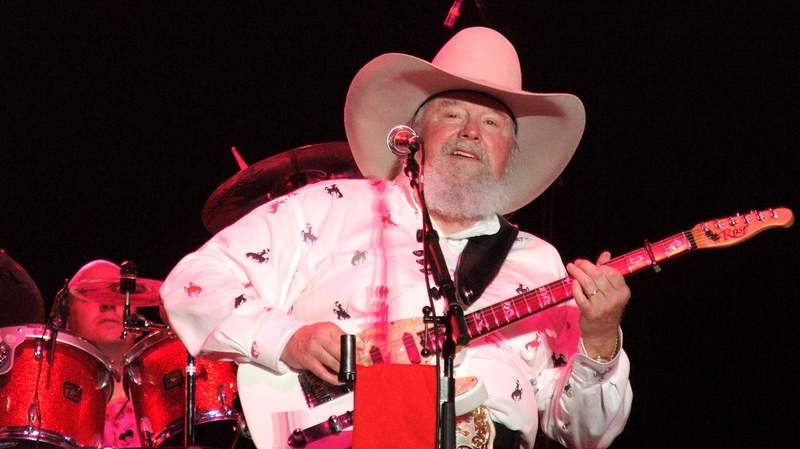 Daniels, perhaps best known for his 1979 smash hit “The Devil Went Down to Georgia,” died of a hemorrhagic stroke on Monday morning at the age of 83.

The reaction: Many Twitter users, including a several with blue check-mark verified status, took the occasion of Daniels’ death to slam him for his political views.

Just hours after the Country Music Hall of Fame member’s death was announced, Justin Hendrix, the executive director of NYC Media Lab and a former executive at The Economist Group, remembered Daniels as “a racist, a stalwart confederate and a Trump apologist.”

It's worth remembering Charlie Daniels was a racist, a stalwart confederate and a Trump apologist. https://t.co/M9GrQa0ihX

Others mocked Daniels' criticism of Democrats and support for President Donald Trump.

He has left to continue his "Benghazi" talks in the sky! pic.twitter.com/uqHEnWIuxw

Julius Sharpe, a writer for “Family Guy" and other TV shows, sarcastically lamented that Daniels had not lived to see Trump's "racist sports tweets," an apparent reference to the president's Twitter criticism of NASCAR for its handling of the Bubba Wallace noose controversy.

About Benghazi: A number of liberals got posthumously upset about one of Daniels' final tweets before his death, a reference to the 2012 Benghazi attack, for which he faulted then-Secretary of State Hillary Clinton and the Obama administration in general.

For some, Daniels' oft-stated concern about what Clinton eventually admitted was a mishandled operation was part of a larger problem with elderly conservatives.

Charlie Daniels's last moments on earth were spent furiously tweeting outraged about Benghazi and abortion, which is how a significant number of elderly people whose brains have been rotted on right wing media are going to go out — Climate Doomer (@MenshevikM) July 6, 2020

"Artist, Patriot, Legend": Most Twitter users, though, expressed sadness at Daniels' death and admiration for his talent and love of country.